healthcare with a view. 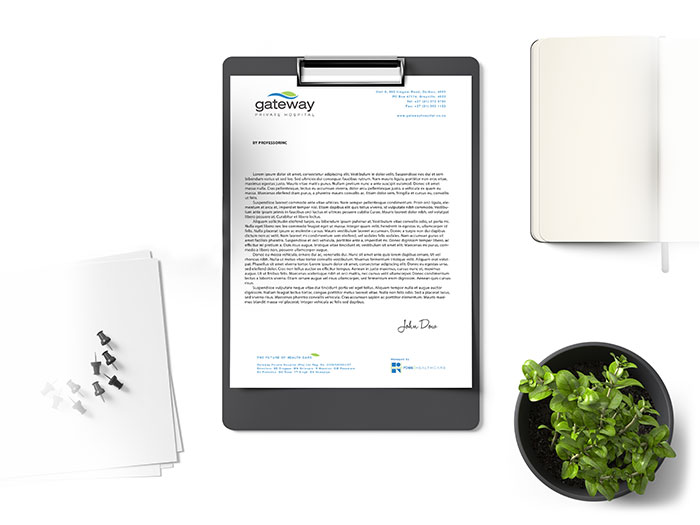 approach: With The Future of Healthcare still being the underpinning philosophy of the group, the Gateway Private Hospital identity was built on the design ethos of Hillcrest Private Hospital, giving it a modern, clean, people-centric design.

This resulted in a second successful launch for JT Ross and Ross Healthcare, which later allowed them to successfully sell the two private hospitals to a larger health care group in 2018.